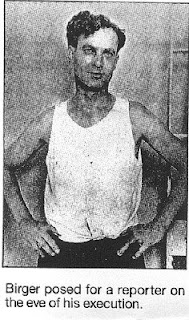 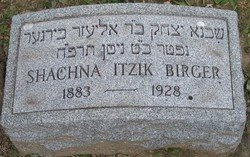 When I became a Graveyard Rabbit I had a lot of grand ideas. First, I wanted to visit and write about each of the Jewish cemeteries in St. Louis. Late Autumn, however, is not the best time in the Midwest to begin a cemetery blog, as it fairly quickly becomes winter. I will certainly continue my cemetery visits in the Spring.

With a little internet research I have found a handful of notable individuals buried in these cemeteries. (At least one of which about whom a song has been written.) So until the weather warms up a bit, I think I will focus on spotlighting a few of these individuals.

If you have been following The Graveyard Rabbit main blog you know I volunteered to copy edit the new Graveyard Rabbit Journal. With an English degree, and as a professional grant writer for the past six years, I felt this was one area where I had the skill set to be of some assistance. At some point I'd like to write some articles for the journal, but in many aspects of genealogy research I still feel like a student. I might be able to tutor someone who is just beginning, but there are more qualified individuals involved in this endeavor.
Posted by John at 7:32 PM 1 comment:

Currently I am over 2000 miles from St. Louis, however, I found a poem by Emma Lazarus I thought would be appropriate to share here.

Lazarus is best known for her sonnet, The New Colossus, the final lines of which are engraved on the pedestal of the Statue of Liberty:

..,"Give me your tired, your poor,
Your huddled masses yearning to breathe free,
The wretched refuse of your teeming shore.
Send these, the homeless, tempest-tost to me,
I life my lamp beside the golden door!"

Below, however, is part of a series of sonnets she wrote, entitled: Symphonic Studies.

Hark! from unfathomable deeps a dirge
Swells sobbing through the melancholy air:
Where love has entered, Death is also there.
The wail outrings the chafed, tumultuous surge;
Ocean and earth, the illimitable skies,
Prolong one note, a mourning for the dead,
The cry of souls not to be comforted.
What piercing music! Funeral visions rise,
And send the hot tears raining down our cheek.
We see the silent grave upon the hill
With its lone lilac-bush. O heart, be still!
She will not rise, she will not stir nor speak.
Surely, the unreturning dead are blest.
Ring on, sweet dirge, and knell us to our rest!

Chesed Shel Emeth means "Kindness of Truth." Celebrating their 120th year, the Chesed Shel Emeth Society was founded on November 3, 1888. A Chevra Kadisha, it was a burial society originally unattached to any particular synagogue.

After successfully opening the cemetery, a process that took about five years, the Chesed Shel Emeth Society later built a hospital, a senior center, and an orphanage. From 1919-1996 they had their own synagogue.

In 1967 a second cemetery was opened in Chesterfield, MO, where the main office is now located.

If all you want to do is visit the grave of an ancestor, the indexes and map below should be sufficient to guide you. However, keep in mind that their main offices are at the newer of the two cemeteries. You may not find someone to answer questions you might have if you just show up at the original cemetery.

When you enter the main entrance off of Olive Street Rd, you will pass a small chapel. There is a map of the cemetery in front of the chapel (photograph of the map below). It is best to park on the side of the road, just beyond the chapel. 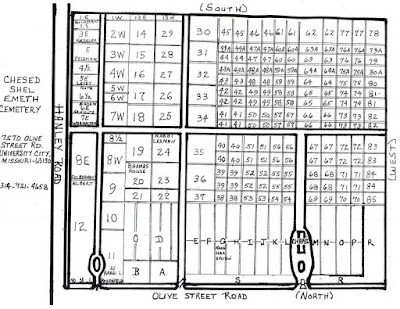 
The St Louis Genealogical Society has indexed Chesed Shel Emeth cemetery by section. You can also search a database of seven Jewish cemeteries in the area, including Chesed Shel Emeth. Either index or database will provide you with the section number, and the map is fairly straight forward.

It is traditional to leave a stone on the marker of a loved one. Some will light a candle and say a prayer. There are stones available at the front entrance for those who forget to bring some. 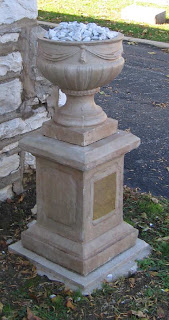 Below is a satellite map of the cemetery.

[Both cemeteries are closed on Saturday for the Sabbath.]
Posted by John at 12:01 AM No comments:

What is a Graveyard Rabbit?
What is an Arnevet Beth Olam?

They are the exact same thing, depending upon whether you speak English or Hebrew.

In the white moonlight, where the willow waves,
He halfway gallops among the graves---
A tiny ghost in the gloom and gleam,
Content to dwell where the dead men dream,
…
Over the shimmering slabs he goes---
Every grave in the dark he knows;
But his nest is hidden from human eye
Where headstones broken on old graves lie.

Member blogs are devoted exclusively to cemeteries, grave markers, and burial customs and thus promote the study of cemeteries, the preservation of cemeteries, and the transcription of genealogical/historical information that is written in cemeteries.

The Association of Graveyard Rabbits asks its members to focus on a limited community. Arnevet Beth Olam – St. Louis will focus on Jewish cemeteries in the St. Louis, Missouri metropolitan area.

A note about myself: I am a member of a Reform Jewish Congregation in St. Louis, and have family roots in St. Louis going back to the late 1880s. I do not speak Hebrew, and had to use an English-Hebrew dictionary to come up with a translation for the name of this blog. From my research, “Arnevet” is closer in meaning to a ‘Coney’ or ‘Hare’ but is usually used for ‘Rabbit.” “Beth Olam” literally means “House of Eternity” and is a common term for a cemetery, though there are others. "Beit Kevarot" (House of Graves) may have been a more literal translation of the English “graveyard,” but I have a preference for the poetic.

The St. Louis Genealogical Society has a good list of Jewish cemeteries in the region, along with an indispensible index of burials for seven of them.
Posted by John at 12:59 PM 1 comment: